Welcome to the Official Attendee Housing Site for 13th Euro Obesity and Endocrinology Congress which will be held in the beautiful and exciting city of Zurich, Switzerland. Zurich is the largest city in Switzerland and the capital of the canton of Zurich. It is located in north-central Switzerland at the north-western tip of Lake Zurich. The municipality has approximately 400,028 inhabitants, the urban agglomeration 1.315 million, and the Zurich metropolitan area 1.83 million. Zurich is a hub for railways, roads, and air traffic.Both Zurich Airport and railway station are the largest and busiest in the country.

Permanently settled for around 2000 years   Zurich has a history that goes back to its founding by the Romans, who, in 15 BC, called it Turicum. However, early settlements have been found dating back more than 6400 years ago. During the middle Ages, Zurich gained the independent and privileged status of imperial immediacy and, in 1519, became a primary centre of the Protestant Reformation in Europe under the leadership of Ulrich Zwingli. The green lungs of the city include the vast forest areas of Adlisberg, Zurichberg, Kaferberg, Honggerberg and Uetliberg. Major parks are also located along the lakeshore (Zurichhorn and Enge), while smaller parks dot the city. Larger contiguous agricultural lands are located near Affoltern and Seebach. Of the total area of the municipality of Zurich (in 1996, without the lake), 45.4% is residential, industrial and commercial, 15.5% is transportation infrastructure, 26.5% is forest, 11%: is agriculture and 1.2% is water.

The official language of Zurich is (the Swiss variety of Standard) German, but the main spoken language is the local variant of the Alemannic Swiss German dialect.

Zurich is a leading global city and among the world's largest financial centres despite having a relatively low population. The city is home to a large number of financial institutions and banking giants. Most of Switzerland's research and development centres are concentrated in Zurich and the low tax rates attract overseas companies to set up their headquarters there.

Monocle's 2012 Quality of Life Survey ranked Zurich first on a list of the top 25 cities in the world to make a base within. According to several surveys from 2006 to 2008, Zurich was named the city with the best quality of life in the world as well as the wealthiest city in Europe. The Economist Intelligence Unit's Global Liveability Ranking sees Zurich rank among the top ten most liveable cities in the world.

Many museums and art galleries can be found in the city, including the Swiss National Museum and the Kunsthaus. Schauspielhaus Zurich is one of the most important theatres in the German-speaking world. 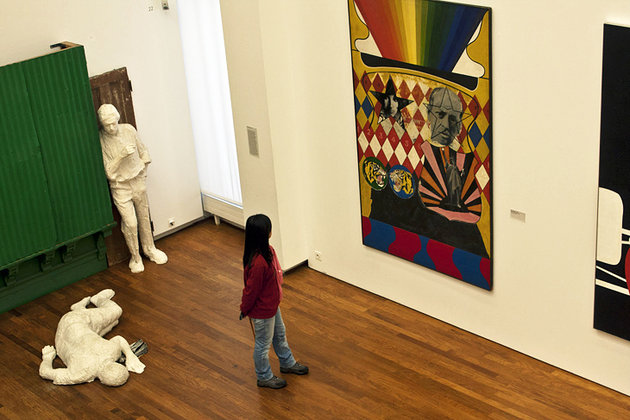